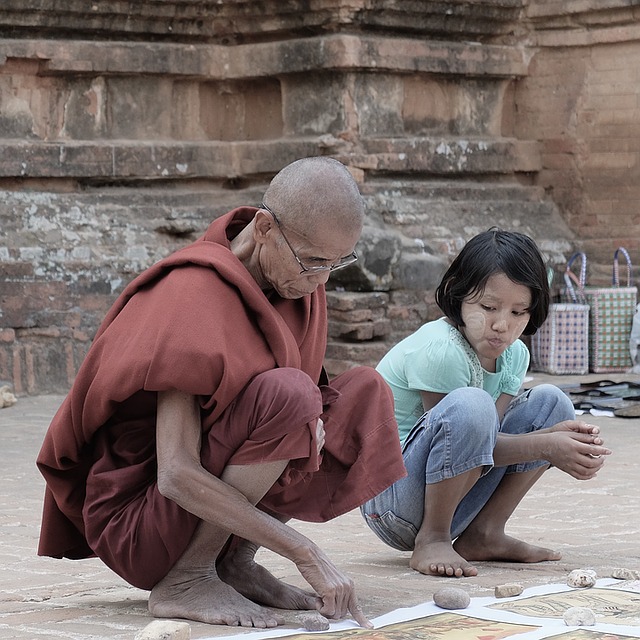 Take a trip around the world and you’ll see almost every tribe, race or group of people has their own traditions which they gladly pass on to subsequent generations. This has been going on for many centuries. People have identified themselves with these traditions and cannot imagine letting them go. Doing so would mean losing their identity and uniqueness.

Not all traditions have their roots in the word of God. Many are from ancestors and others from the world. What many of us don’t know is a lot of the traditions we adopt from previous generations nullify the word of God and make it of no effect in our lives.

Jesus rebuked the Pharisees and Scribes who tried to judge His disciples by lack of adherence to some of their elders’ traditions.

And he continued, “You have a fine way of setting aside the commands of God in order to observe your own traditions!”

They had found a smart way of explaining away their traditions making them look like they are godly yet they contradicted the word of God. To them, obeying the elders was more important because of the punishment they would receive for not observing their traditions. They exalted the elders’ words above the word of God. We do the same today. We blindly follow some traditions that are evil because we fear being cursed by elders, ancestors or the gods.

Jesus clarified that by exalting traditions of the elders you nullify the word of God. He gave them an example and said there were many others.

“Thus you nullify the word of God by your tradition that you handed down. And you do many things like that.”

We believe that if we don’t follow certain traditions we will suffer curses, banishment or death. In fact, you can’t question traditions, you are to follow them because someone said so. Such traditions have left many families in bondage. They imagine they have no choice because those are the traditions of their ancestors.

Below are four traditions that have made God’s word of no effect.

#1 Exalting the wishes of a dead relative

People honour the wishes of a dying man without question or argument. Some people die and leave their families in bondage through their requests. For example, a dying person can ask his family to perform a certain ritual (demonic) during their funeral. Those living do so without question, even though they are Christians. Honouring such a wish will open the door to the devil in your life because you are the one executing the ritual.

The men who threw Shadrack, Meshack and Abednego into the fiery furnace in Daniel 3:22 perished as they were doing it. They were acting on the king’s evil order to burn the three men alive for refusing to worship his gold image. They burned to death as they executed the evil wish of another.

As a born-again believer of Jesus Christ, you are under no obligation to honour wishes of the dead that violate the word of God. Don’t fear curses because of not obeying words that will leave you and your family in spiritual bondage. God’s word says a curse without a cause will not land on you.

Like a fluttering sparrow or a darting swallow, an undeserved curse does not come to rest.

Traditions flow from generation to generation and this is how different tribes identify themselves as distinct from others. However, many traditions have left many people in bondage because they believe they can’t escape what the ancestors decided on their behalf. Many Christians follow them for fear of curses and being branded an outcast.

Such traditions have left many families under the dominion of the kingdom of darkness with no hope of a better future. They don’t even know the issues they suffer in their families is because of following such traditions.

Some of these traditions include, killing an animal and sprinkling the blood in the homestead to ward off evil spirits or for protection; killing a twin because he or she is a bad omen; consulting seers who “see” by a spirit of divination; bringing a witch-doctor to bless the home; forbidding marriage with people of a certain tribe; pouring libations to ancestors; dedicating children to deities; sacrificing a family member to a deity as the one who will take over the occult or witchcraft in their generation, among many others.

Such traditions bring demonic influences into your life. Doing away with them with set you free. As a child of God you can’t engage in such traditions. By forsaking them, you will face opposition. Jesus warned that we will face persecution by following Him. If we are to get rid of generational curses brought by such practices, we have to take a stand and refuse to engage in them.

We have picked up traditions the world follows; they are not part of our tribal ones. Colossians 2:8 tells us there are principles of this world we have adopted that are deceptive and rooted in the traditions of men and not Christ. To fit into the world, we have followed its traditions, good or bad. We do things without questioning their origin.

For example, yoga has become a tradition that even born again believers are practicing. Yet this practice is meditative and spiritual at its core. It is not only a form of physical exercise as the world believes. The word “yoga” means “to yoke” and its main aim is to unite the human spirit with the divine. Yet we are reconciled to God through Jesus Christ (2 Corinthians 5:18) not through spiritual practices. Any act with a spiritual origin invites spiritual forces, whether divine or demonic into our lives.

Another tradition is following the teachings of “wise ones”, spiritual leaders or gurus not knowing the origin of their messages. Any spiritual leader who is not born again is not receiving their information from the Holy Spirit, but a demonic spirit. For example, many strongly believe in the teachings of Nostradamus because of his famous prophecies, Les Prophéties. Yet he was a diviner and astrologer. This means he got his information from a spirit of divination. This is not a spirit from God. It is a demonic spirit.

The Apostle Paul cast out a spirit of divination from a girl who was using it to fortune tell to the people of that town (Acts 16:16). It is not a spirit from God.

These are two examples, there are many others e.g. reading horoscopes, consulting astrologers online, celebrating Halloween among others.

These are traditions that relate to the faith or spirituality of a group of people. There are certain religious practices they must engage in or else the gods or God (mistakenly) will unleash their wrath. For some it is certain rituals they must practice, prayers to ancestral spirits they must say or strange prophecies they must obey. Some elders insist these practices came from God, yet they violate the word of God. Many have found themselves in cults because of this deception.

Any religious practices people must adhere to without question are not of God. The word of God tells us we are to test the spirits to be sure they are from God (1 John 4:1). A lot of the religious practices people engage in came from someone who got a revelation from a spirit they never tested. The (Acts 17:11) searched the Scriptures to make sure that what Paul was preaching to them was in the word of God. We are to do the same today to avoid spiritual deception.

Many Christians fear curses, threats, opposition or being disowned by their families. They do not want to rock the boat. They follow the traditions to their detriment. These traditions have spiritual implications because they give the devil access into our lives. Ask God to give you the courage to stop engaging in practices that nullify His word.

We are to exalt the word of God above the word of man. Man speaks according to his righteousness which may not benefit others. The word of man keeps others in bondage. It takes boldness to walk away from traditions that violate God’s word.

God gave us His word to help us distinguish His ways and man’s ways. He has given us the Holy Spirit to lead us into all truth and to help us obey His commands. He will reveal to you traditions you need to leave behind.

As a believer of Jesus Christ, you are to live by the word of God, not of man.