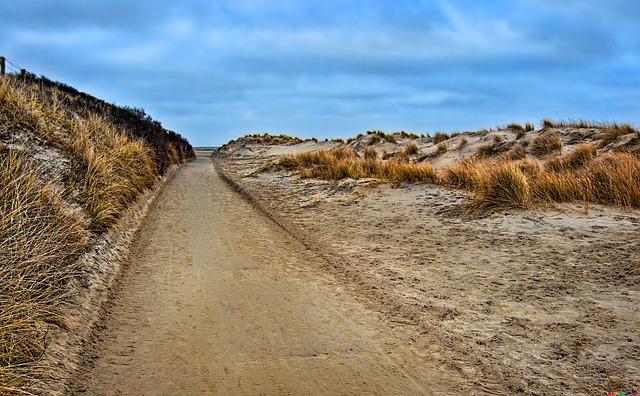 One thing I have discovered is that God has a unique way of getting us onto our purpose journey. Some hear God speak to them, while others have an interruption in their normal lives, like the apostle Paul.

The apostle Paul is one of the most prominent men in the Bible. He wrote many of the New Testament books, such as Romans, 1st & 2nd Corinthians, Galatians, Ephesians, Philippians, Colossians, etc. His journey of purpose started when He had a divine encounter on his way to Damascus that interrupted his mission. The apostle Paul found his purpose after a divine interruption by the Lord Jesus Christ, and his life changed forever.

A Persecutor of Christians

Before Paul became an apostle, he was well-known as a persecutor of Christians who believed in Jesus. He was born in Tarsus, a city in Cilicia, which is in the eastern part of modern Turkey. Cilicia was a Roman province and Paul gained Roman citizenship by being born in Tarsus. People knew Paul as Saul before he changed his name. He was a Jew from the tribe of Benjamin (Philippians 3:5). He was a Pharisee and Gamaliel was his mentor (Acts 22:3).

One day, Paul was on his way to Damascus to terrorize Christians when he had an encounter like no other. He had his letters of authority from the high priest to deliver to the synagogues of Damascus to start his mission. He wanted to take Christians who belonged to the “Way” to Jerusalem as prisoners.

Suddenly, a light from heaven shone around Paul, and he fell to the ground. Then he heard a voice say to him. “Saul, Saul, why are you persecuting me?” Then he asked, “Who are you, Lord?” And the Lord said, “I am Jesus, whom you are persecuting.” He then received the instruction to go to the city (Damascus) and he would be told what to do.

Paul became blind after the encounter with the Lord, and the men who travelled with him helped him get to Damascus. He stayed for three days without eating or drinking. God sent Ananias, a disciple, to pray for him to receive his sight. Paul was filled with the Holy Spirit and preached about Jesus in the synagogues of Damascus. You can read the story in Acts 9:1-9.

Paul was on a mission and focused on it when the Lord interrupted him. He was going about his daily business, not knowing what would happen on this trip. The trip was like any other with a purpose in mind, only that the purpose was his and not God’s. He was busy protecting his forefathers’ traditions.

Many of us are on a journey similar to that of Paul, who was on his way to fulfill his personal agenda. We are going about our normal business, expecting the day to be like the ones before. One day you are busy with your job, business, school, when something unusual happens that changes the course of your life.

You have a prophetic dream that you know is from God and He is sending you in a totally different direction. You go for a fellowship meeting and have a powerful encounter with God. You meet a stranger who tells you something life changing and you know it is a divine connection. A door you had hoped would open ends up closing and you have to consider another option.

Just like Paul, you are off in a new direction. One day you were going one way and the next you were going a different way. God interrupts our plans when He knows we are going in the wrong direction. He redirects our steps, even dramatically sometimes.

Many people assume that Paul just changed from being an evil man to a good one. This is not entirely true. He had an encounter with Jesus Christ and believed in Him and was born again.

The Pathway to Your Purpose

The pathway to your purpose is unique, has its up and downs, but one thing is sure: God makes it clear what He wants you to do.

Paul became an apostle and his calling was clear; he was to preach Christ to the Gentiles, which he did. He planted churches in different locations and appointed leaders to be in charge of them. Paul strengthened the churches and wrote letters to them about the revelations he got from Jesus. Paul’s journey of purpose had many obstacles, but he did not give up; he soldiered on.

The pathway of our purpose has its trials, and we can fall into the temptation to give up. It is at such times that we need to pray for ourselves. Paul teaches us not to give up, but to continue to fulfil our purpose. You can read his stories in the book of Acts.

Paul’s transformation after his divine encounter with the Lord is clear in the letters he wrote to the various churches. He adopted a life of righteousness. Whereas he was destroying believers of Jesus in the past, he was now building their faith.

Paul was clear that the revelation of his purpose came through Jesus. He did not get it from any man (Galatians 1:11-12). He knew God set him apart before he was born. Paul didn’t know this when he was persecuting Christians. It took a divine encounter with God for him to know his purpose.

We Use Our Gifts and Abilities to Fulfil Our Purpose

We not only see Paul preaching the gospel but also making tents. He was an apostle and preacher and made tents with those in his trade, Aquila and Priscilla. Paul got an income from making tents and he could meet his needs as well as bless others in the communities where he preached. This is what the journey of his purpose looked like.

Our purpose is unique with various assignments. Paul used the talents and abilities he had to generate an income while ministering the gospel to others.

Many portray purpose as one smooth sailing journey, yet it is not. It is a journey you walk with God daily because of the challenges you encounter.

The story of Paul is an inspiring one because it shows us that no matter where we are in life, God will use us and reveal his divine purpose to us. He meets us along our current path and redirects us to where he wants us to go.

If you would like to learn more about your purpose, get a copy of Life Purpose: A Beginner’s Guide.

Listen to Jump-starting the Journey of Purpose, which is a free 3-part special report on my Audio Books podcast.