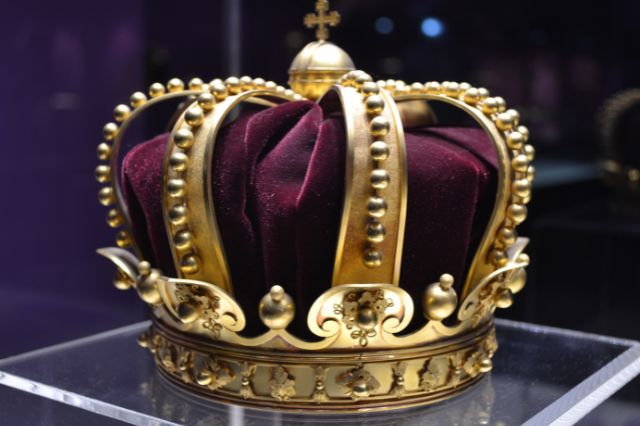 We remember David as one of the greatest kings the world has ever had. His journey of purpose was very unique and started with humble beginnings. One minute he was herding sheep, and the next, he was the king of Israel. His life reflected the greatness of God – elevating a man to a high position despite opposition. David was not perfect, but he was a man after God’s heart (Acts 13:22). He was a king with a unique journey of purpose.

God Anointed David to be King of Israel

David was minding his business looking after sheep when the prophet Samuel came to anoint him. He was God’s chosen king out of all his brothers. Samuel anointed him, and the Holy Spirit came upon David from that moment on, and his life changed (1 Samuel 16:12-13). Samuel went to anoint David because God had rejected Saul as king because of his constant disobedience. David was anointed long before he sat on the throne as the king of Israel.

David’s golden moment came when he killed Goliath, the Philistine giant. He killed Goliath much to the amazement of the king. Afterwards, King Saul put David in charge of the men of war and gave him a high rank in the army. When David was going back home after killing the giant, the women from all the cities sang and danced saying:

When the women started singing that song, Saul resented David and even tried to kill him on several occasions. Saul tried to kill David for years, but he was not successful. God protected David until the time Saul died. Saul was trying to get rid of a man that God had ordained to be king after him. Saul was fighting a losing battle.

Kind David Fulfilled His Purpose Until the End

God directed David throughout his journey of purpose, and empowered him to fight Israel’s enemies. He was successful as king because God was with him. David was careful to seek God every step of the way; that helped him avoid many pitfalls along the way.

King David faced a lot of challenges along the way, for example, the loss of his child with Bathsheba (after their adulterous affair), his son (Amnon) raped his daughter (Tamar), his other son (Absalom) killed Amnon and later tried to take over the kingdom, among others. Despite what he went through, David remained strong in the Lord and trusted God to fight his battles. He always overcame his challenges.

David fulfilled his purpose and died when he was old and full of years. There is a lot we can learn from King David, but below are the key lessons we can learn in relation to purpose. Like David, God will keep you fulfilling your purpose till the end.

God Prepared David as He Was Herding Sheep

David was herding sheep in his younger years, and along the way, he killed lions and bears to protect his sheep (1 Samuel 17:34-35). Killing lions and bears prepared him from the moment he would face Goliath and kill him. Later on, David fought Israel’s enemies fearlessly because he was already prepared during his wilderness days.

God is preparing you as you begin your journey of purpose. Your work may seem unrelated to where you sense God is taking you, but it is a time of preparation. You will need the skills and the information you have gathered in your current job.

Saul Was Intimidated by David’s Success

King Saul started resenting David when the women sang praises that exalted David more than him. They sang that Saul had killed his thousands and David his tens of thousands. Saul was intimidated by David’s success and set out on a warpath with him. David performed better than Saul, who tried to sabotage his path to the throne because of his jealousy. Fortunately, it did not work.

Watch out for those who are not happy that you are fulfilling your purpose and succeeding at it. Some will want to be the ones who are successful and not you. Others will try to sabotage you as you make great strides in doing the work the Lord has called you to do. Keep doing what God has called you to do.

David was patient until it was time for him to become king of Israel. David had to keep running over the years from Saul, who wanted to kill him. In the process, he knew that he had to be patient through it all. It was a long and challenging journey to the throne that God promised him but he patiently waited for it. He did not try to get ahead of himself or force things to happen. He was patient.

When things are not working as fast as you want on your journey of purpose, patiently wait on the Lord’s timing. Don’t get ahead of yourself. You may make a wrong decision or make a wrong turn. It’s hard to wait on God sometimes but if we want the very best, then we have to wait for Him. We avoid a lot of mistakes when we are patient. As you fulfill your purpose, patiently seek God along the way.

Sometimes the battles we face rage too much, and we want to give up (or actually give up). King Saul pursued David, wanting to kill him for years. The battle made David very weary, and eventually he settled in the Philistine territory because he was tired of running from Saul. When David went to live there, Saul stopped looking for him (1 Samuel 27:3-4). Saul must have thought that he had taken care of David and he would no longer be a threat to him. David must have wondered how much longer he would bear Saul.

Battles on your journey of purpose can rage and make you weary and ready to give up. Maybe you have given up because you are tired and frustrated. Remember that God is with you on your journey because He is the one who called you. He will strengthen you and give you a way out.

David faced opposition from the very person he was supposed to succeed as king. It is as if David’s anointing put him on a warpath with his predecessor. When Saul begun resenting David, he saw him as one who could only want the kingdom after the praises heaped on him. It is as if Saul sensed there was a connection between David and the kingship.

Some may try to oppose you on your journey of purpose, but God will protect you like He did David. They will not be happy about your success and will try to stand in your way. This is one reason God will remove certain friends from your life when you are on your journey of purpose. They will hinder you and others will oppose you. Some will even try to redirect you even when you have told them the direction God is taking you.

David’s story of purpose will inspire you because he overcame many hurdles before he became the king of Israel. May the lessons we learn from his story inspire you to keep going when the going gets tough.

If you want to learn about purpose, get a copy of Life Purpose: A Beginner’s Guide. Get it on Kindle, Kobo or Apple Books.