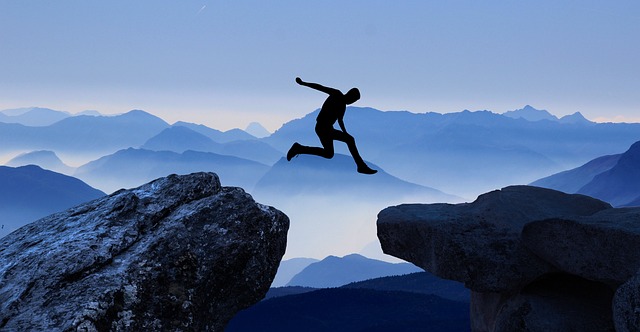 Joseph moved from herding sheep with his brothers to being the second in command in Pharaoh’s kingdom. This move took several years and was full of challenges, but Joseph overcame them all. While still young, seventeen actually, God gave Joseph two dreams related to his purpose. Little did he know that telling his brothers the dreams would thrust him into his purpose.

Joseph was one of the twelve sons of Jacob (Israel). His father loved him more than the other children because he was the son of his old age (Genesis 37:3), and even made him a multi-coloured robe.

Joseph’s brothers then plotted to kill him, but his older brother Reuben talked them out of it. Instead of killing him, they put him in a pit, then sold him to Ishmaelite merchants headed to Egypt. What they did not know was that this was God’s plan to thrust Joseph into his purpose. That meant that Joseph would overcome all the challenges that came his way.

What Lessons do we learn from Joseph’s story of purpose?

1.   Not everyone will fulfill their purpose in their current location

You may have grown up in one city or country, but God has another location in mind for you. Joseph was an Israelite, but God needed him in Egypt for a special purpose. God had a plan to take Joseph to where he needed to be, even though it was not under the best of circumstances.

God will move anyone who needs to be in a different location. Sometimes this move takes a step of faith as you may not see the entire journey. Your assignment may be in another city, country or continent. God will provide everything you need for the journey.

2.   God has endowed you with a solution for a group of people

God has called us to provide solutions to the world, and as we do so, we align with God’s agenda. Your purpose is to provide a solution that a certain group of people need.

3.   God can lift you to a position you don’t qualify for academically

Joseph was in prison when Pharaoh sent for him. This was after Pharaoh’s cupbearer recommended Joseph as an accurate dream interpreter (Genesis 41:12-13). When Joseph interpreted Pharaoh’s dream and gave him a solution for the famine, Pharaoh gave him a job. He made Joseph second in command in all of Egypt.

Joseph was not an Egyptian, nor had he studied governance. He went straight from the prison to the palace. God can do the same for you today. He can elevate you to a prominent position you do not qualify for academically, but has given you the divine wisdom you need to succeed.

4.   Your gifts will usher you into the presence of the great

Joseph met Pharaoh because of his gift of interpreting dreams. God used Joseph to interpret dreams for others, and while in prison, he interpreted the dreams of Pharaoh’s chief cupbearer and baker. When Pharaoh had two disturbing dreams that the magicians and wise men could not interpret, the cupbearer recommended Joseph. It was God who gave Joseph the divine wisdom to interpret dreams.

God has given us gifts to use not only in church but in the marketplace and in the world. Those who need our gifts will locate us as we use them. Use your gifts today, and those who need to benefit from them will find you. The Bible tells us we will be called “Sought After” (Isaiah 62:12) and we see this clearly in Joseph’s case when Pharaoh sent for him.

5.   God orchestrates events that lead us to our place of purpose

Joseph was going about his life when he had two dreams. He told his brothers and father and all hell broke loose. His brothers wanted to kill him. They sold him instead, and he found himself in Egypt. He worked for Potiphar, whose wife accused him of wanting to rape her. Potiphar then sent Joseph to prison. In prison, Joseph met the king’s cupbearer and baker and interpreted their dreams. When the cupbearer got out of prison, he told Pharaoh about Joseph, the dream interpreter. Pharaoh then made Joseph second in command after he interpreted his dreams and presented a solution to the seven years of famine.

God will orchestrate events in your life so that He can direct you to where you need to be. He knows where every piece of the puzzle fits and will put them in the right place. The events may not always make sense to us, but God knows how He is leading you towards your purpose. God ordains your steps, even on unfamiliar paths.

6.   Obstacles will not prevent you from fulfilling your purpose

Along the journey of purpose, you will find obstacles. However, God is your ever present help and will be there to help you deal with them. Joseph faced many obstacles on his way to his assignment. His brothers hated him and wanted to kill him; they sold him as a slave; Potiphar’s wife falsely accused him of rape; and Pharaoh’s cupbearer forgot about him while in prison. Yet, Joseph eventually made it to the palace as the second in command in Egypt. God helped him through all obstacles and made a way for him to get to his place of purpose.

7.   Following the path of righteousness is lifesaving

Joseph chose the path of righteousness, and this saved him from the consequences of living a life of sin. He could have slept with Potiphar’s wife since no one was around, but he fled instead. He forgave his brothers when he eventually met them and gave them food and a place to settle. God was always with Joseph and made him succeed. When we walk in righteousness, God will be there to help us succeed and help us out of any trouble. He says that He will deliver the righteous from all their troubles (Psalm 34:17).

The lessons above teach us a lot about Joseph’s purpose journey. You can overcome the challenges you find along the way as you fulfill your purpose. Joseph’s journey of purpose is encouraging because we see how God directs his steps and helps him out of his troubles. God is there to walk with you on the journey of purpose, and you don’t need to be afraid. Only follow His lead.

If you want to begin the journey of fulfilling your purpose, get a copy of Life Purpose: A Beginner’s Guide. It is available in eBook stores such as Kindle, Kobo, Barnes & Noble, Apple Books, etc.